You are here:
April 26, 2011Leave a commentMarketingBy Phil Tapia

Network’s Successful Social Campaign Aimed at Reaching 500,000 Likes Is a Milestone for the Industry.

In the brave new world of social TV, viewers get rewarded for liking a show with — what else? — more show. For the first time, a program has created a Facebook-only full-length episode as the fans’ prize for reaching 500,000 likes. Turner’s TruTV asked fans to rally en masse on the “Operation Repo” Facebook page, and in return they got an episode made just for them. The fan episode will be available on Facebook immediately following the season’s spring finale, which airs April 27, at 9 p.m. ET. For those who don’t know, the show follows a repo team that has been together for more than seven years and has repossessed everything from hot rods to hot-air balloons — and viewers love it, no matter how “staged” or “re-enacted” some reviews claim the show’s antics are. 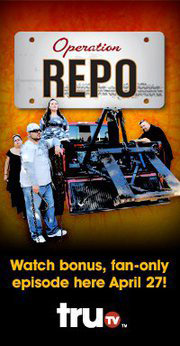 While numerous shows have posted sneak-peek episodes or additional scenes on their Facebook pages — or episodes that have also aired elsewhere — TruTV is giving its all to Facebook in this case. This kind of Facebook content has been showing up more and more, most recently by old-media stalwart The New Yorker. Last week, the magazine — which requires a print subscription in order to see all its content online — decided to also post a story from its print edition on its Facebook page, available to anyone who liked its page. The story stayed available for about a week and garnered the magazine about 17,000 likes. Of course, while the number of likes for The New Yorker is less than half those on the “Operation Repo” page, the final number is not the point. Engagement is.
“The ‘Operation Repo’ challenge is a perfect example of how TruTV is able to activate its very loyal and engaged fan base,” said Mary Corigliano, who heads brand strategy at the reality network. She said the challenge started in January to celebrate the show’s eight season. As of today, almost 540,000 fans have liked the show — and Facebook is not the only place where “Operation Repo” is doing well. After its premiere in April 2008, it has become one of the network’s biggest hits. This season, “Operation Repo” averaged 1.9 million viewers and ranked as basic cable’s top program for its time slot among adults 18-49, truTV reported.
Ms. Corigliano said that even though the show’s producers got ready to put together the Facebook-only episode by filming potential scenes in advance, the episode would not have aired had the fans not completed the challenge set forth by TruTV.
It’s early days in the world of social TV — and Nielsen numbers confirm that old-fashioned TV is king with more people watching the medium than ever before, up to 35 hours a week. But this week’s purchase of TV app IntoNow by Yahoo for as much as $30 million shows the space is hot. Obviously, Facebook fan pages create a direct link between the show and its fans — nothing like this kind of two-way communication has ever been available before. Ms. Corigliano called Facebook a source of “instant gratification” for the fans and the network.
By: Irina Slutsky
Share this post
FacebookTwitter
Related posts