You are here:
May 4, 2011Leave a commentMarketingBy Phil Tapia 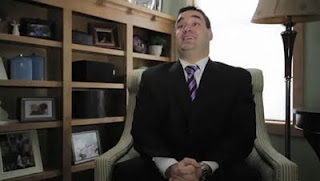 Aflac has chosen its new duck voice, and though there was speculation during the audition process that the insurer might opt for a female spokesduck this time around, it wasn’t meant to be. After more than 12,500 live and online auditions, Aflac chose Dan McKeague, a 36-year-old father of three, to take over as the voice of the insurance company’s famed duck icon in commercials.
He replaces comedian Gilbert Gottfried, who was ousted after some not-so-warmly-received wisecracks he made over Twitter about the Japanese Tsunami.
Japan counts as Aflac’s largest market, where the company is the No. 1 insurance company in terms of individual insurance policies in force. In the U.S. it bills itself as the No. 1 provider of guaranteed-renewable insurance.
Mr. McKeague, who lives with his family in Minnesota, is a sales manager for a couple of local radio stations. He was chosen from more than 12,500 entries to a contest that was initiated a few weeks ago with the help of Aflac’s agencies, Kaplan Thaler Group and Digitas. Those entries were whittled down to a list of 20 finalists. The 20 were then further whittled down to eight before Aflac selected Mr. McKeague.

Here’s a video of Mr. McKeague’s reaction to getting the news he won:

He’s gotten to work right away; he is expected to make his vocal debut in an ad tonight called “Pigeon.” “Dan impressed us with his vocal range and acting ability,” Aflac Senior VP-CMO Michael Zuna said in a statement. “He understands that he is making marketing history representing our company, our 72,000 independent sales agents and our well-earned reputation as a company that does business the right way.”

Aflac is essentially betting the farm on Mr. McKeague when it comes to their marketing. The spokesduck is the centerpiece of its communications with consumers, and it has relied on the icon to boost awareness with a brand in the confusing category of insurance. In the last decade, the Aflac duck has starred in more than 50 TV ads and many radio spots, which helped elevate Aflac’s brand recognition from slightly more than 10% to 93%, the company said.
Full disclosure: I was shocked to discover that, despite giving it my best quack, Aflac didn’t choose me. As they say in elections, the Academy Awards and the Miss America competition — all of which I can assure bear no similarity to the raucous, auditions I participated in earlier the month — it was an honor just to be nominated.